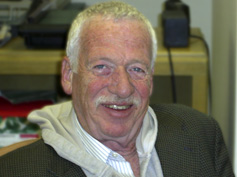 He has three children—Lisa, Lynn, and Lawrence, all living in North Dakota—and he currently lives in Loveland, Colorado, where he writes and directs the Colorado Poets Center.